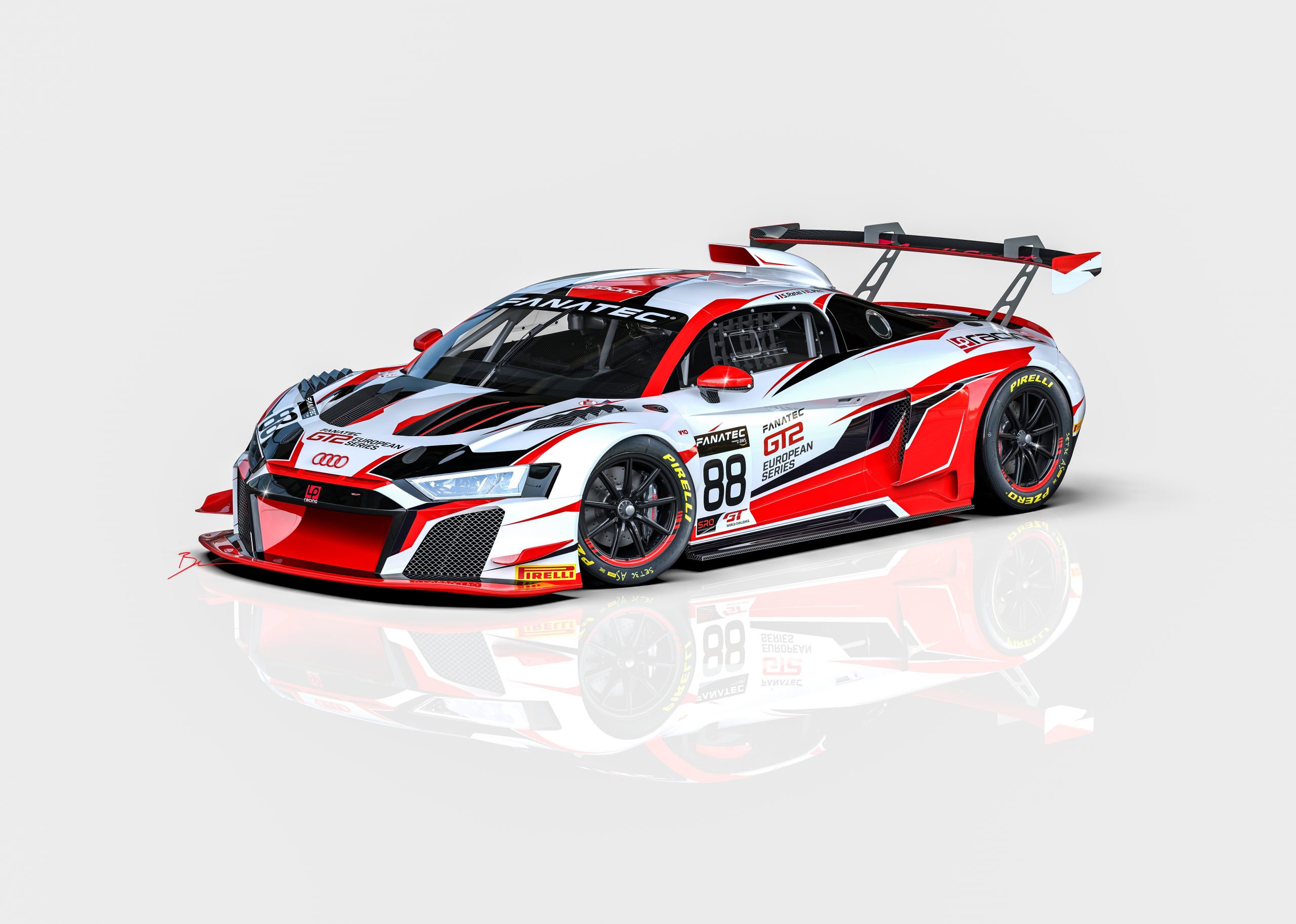 15.04.2021 – An important, new and international chapter in the history of LP Racing will begin this coming weekend on the occasion of the opening season of the brand new GT2 European Series. The support event to the Fanatec GT World Challenge powered by AWS will kick off the 2021 season at the Autodromo Nazionale of Monza.

The Italian team will field in this occasion the Audi R8 LMS GT2 with the typical white-black-red livery driven by a strong pairing made by the Team Owner and driver Luca Pirri (ITA) and Stéphane Ratel (FRA), who is known as the founder of SRO Motorsports Group, but is a remarkable driver. In his career, Ratel built a wide experience with GT cars and he has been shining in Sprint races at the end of the 90s and in Endurance races, like the legendary 24 Hours of Le Mans he took part in.

Ratel has chosen LP Racing for his comeback to racing in a complete program and will do so on a fascinating car, the Audi R8 LMS GT2, that pushed by a V10 5.2 litres engine capable of 640bhp. This is one of the most awaited challengers of the series. The car of the Four Rings marque will have to face the challenge of prestigious makes, like Lamborghini, that will field the Huracàn Super Trofeo GT2, Porsche that will compete with the 911 GT2 RS Clubsport and KTM that will bring to the debut the much-awaited X-Bow GT2.

The GT2 European Series is a completely new championship that aims to revamp the concept of GT Sports Club racing for lineups featuring professional and gentleman drivers. The 2021 calendar includes five rounds that will take place in Hockenheim (GER), Silverstone (GB), Spa-Francorchamps (B) and Le Castellet (FRA) after the opening round in Italy. The race in Monza will enjoy the presence of very strong drivers and real legends of the sport like Hans-Joachim Stuck (GER), who will be back after a 4 years break from racing. The winner of the 24 Hours of Le Mans 1986 and 1987 in the legendary Porsche 962C Rothmans will not be the only guest star. Peter Kox (NL), Štefan Rosina (SK) – who has been the rival of Vandoorne, winner in the recent Rome's e-prix and Anders Fjordbach (DK), who has been sharing the car with Kubica in LMP2 in the 2020 WEC, will also take part in the event.

This project is an important step for LP Racing that will be back to a high-profile international championship following the footsteps traced in 2019 at the 12 Hours of Abu Dhabi that ended with a splendid third place.

Luca Pirri (Team Owner and driver):
"I am really very happy to be undertaking this new challenge with Stéphane, who is a great friend of mine and shares the same passion for motorsport. I would like to thank him for choosing an ageing silver driver like myself. Jokes apart, it will be a nice comeback for me as I made my debut in the FIA GT3 European Championship in Monza in 2007 taking the pole position and the victory. The GT2 series announces to be very interesting, the performance of cars should be quite level and this should provide interesting and amusing battles to follow inside and outside the cockpit”.

Stéphane Ratel:
"About twenty years passed since my last participation in a complete championship: the Lamborghini Supertrophy of 2001. Even though I have been training with the Fanatec simulator «Assetto corsa», it will not be easy to get on track after such a long break. I am very happy to be back with my friend and neighbour in Rome Luca Pirri though. I will take the chance of the five racing weekends in an Italian team to improve my Italian. I am delighted to contribute to the launch of the new SRO GT2 category».